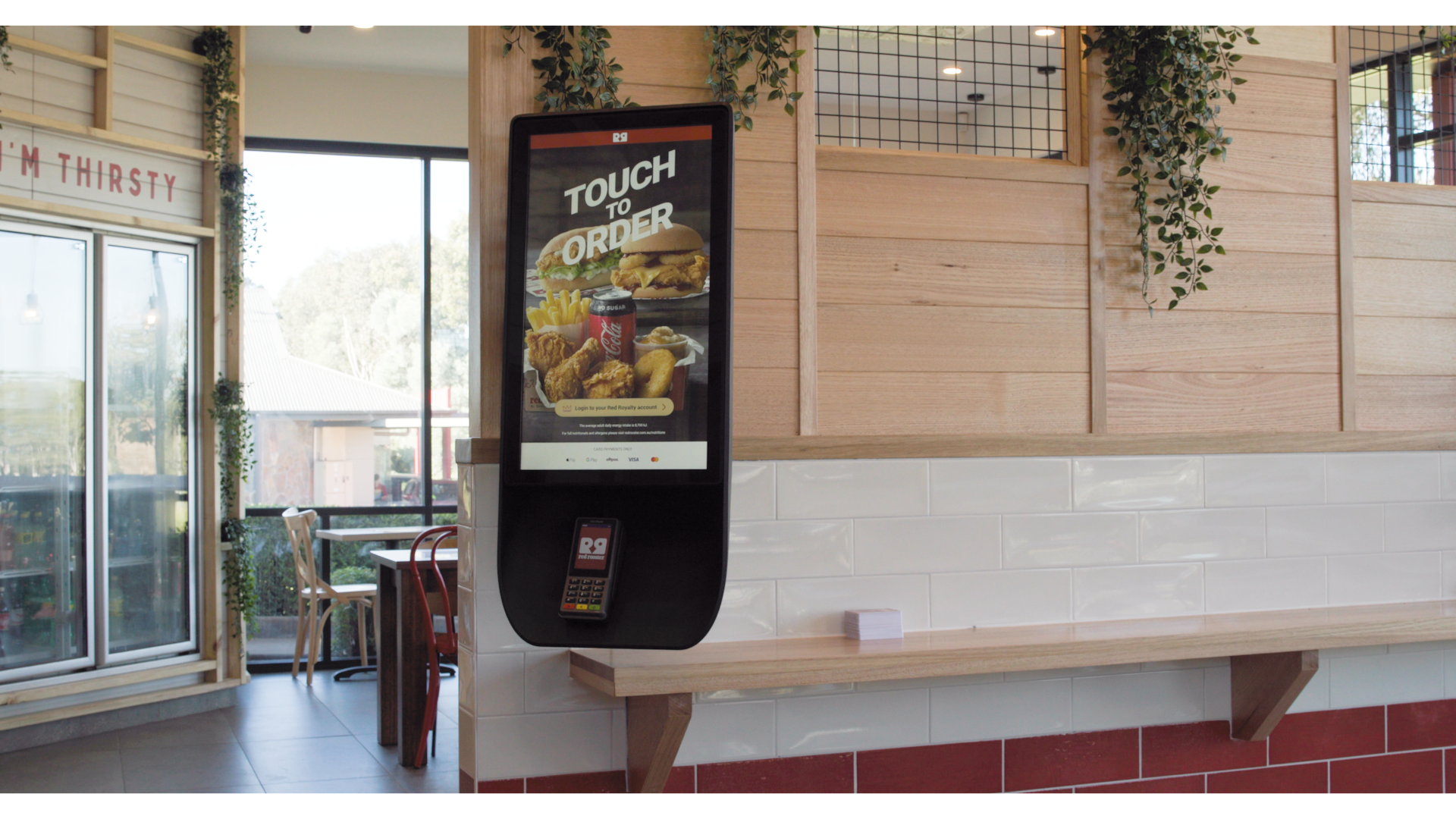 Commissioned and designed in-house by Coates Group at its global headquarters in Sydney, Australia, the K2 Self-Order Kiosk has redefined the industry benchmark in its form, function, and flexibility, delivering efficiency and customisation with style. The minimal form factor, design aesthetic and various mounting options allow the kiosk to integrate seamlessly into different environments, providing the foundation for truly immersive customer experience.

“We are thrilled to receive this recognition for the K2, which was an in-house exploratory design challenge that resulted in a truly reimagined version of the traditional self-order kiosk. More importantly, we are so pleased that our partners at Red Rooster are seeing such positive results since the launch of the K2 in the first eight stores,” said Sam Dobell, the lead Industrial Designer at Coates Group involved in the design of the K2.

After a thorough vetting process, Red Rooster selected Coates Group as the kiosk provider to support their store of the future vision, which includes a modern refurbishment of the stores and a focus on offering convenience, choice and flexibility to customers in how they order regardless of the location, size or footprint (i.e. food court, drive-thru, dine in, etc.).

“We spoke to a number of potential partners in this space, and ultimately selected Coates to deploy the K2 kiosk with a custom UI developed by Servy. One of the huge benefits of the K2 was the relatively simple technology used, but also the ease of serviceability, a hugely important factor when dealing with a franchised network of stores. A genuinely sleek and modern design that really was a cut above the rest in terms of visual appeal sealed the deal,” said Brad Martin, Head of Digital at Craveable Brands.

Red Rooster has already seen a positive response to the kiosk solution, and in some locations, as high as 35% of in-store sales shifting to kiosk within weeks of introduction.

This is the second time Coates Group has been awarded for the K2 Kiosk. It received Australia’s esteemed Good Design Award in September 2020.